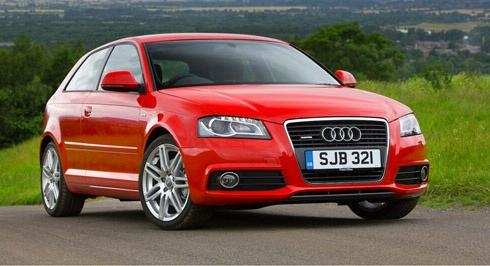 "As a premium market leader Audi has made the price adjustments proactively," Audi said in an emailed statement over the weekend, adding the new prices will be effective Aug 1. "Audi and its joint venture FAW-Volkswagen support the efforts of the NDRC to examine the pricing in the after-sales area in China."

The announcement by Volkswagen's Audi came on the heels of a move by British luxury carmaker Jaguar Land Rover to cut prices on three models in China in response to the NDRC's probe.

Earlier this month, Daimler AG's premium brand Mercedes-Benz cut service charges and spare-part prices in China by as much as 20 per cent.

China is stepping up efforts to bring companies in compliance with an anti-monopoly law enacted in 2008. In recent years, it has targeted industries ranging from drugmakers and milk powder producers to jewellers and technology firms.

The NDRC, which regulates pricing activities, has handed down record fines over the past year to a number of multinational companies including Mead Johnson Nutrition Co and Danone SA.

A senior NDRC official said in February that the pricing regulator was collecting evidence of possible anti-competitive behaviour by the country's auto parts market. {ID:nL3N0LO2T6]

The government has also been collecting information on whether there's monopolistic behaviour by automakers in the country's vehicle market.

If Chinese regulators determine that there are anti-competitive practices in the car industry, it's not clear whether the price cuts foreign automakers are making could help them avoid penalties.

A separate statement on Audi's China website quoted an NDRC official as saying the regulator "welcomes global brands such as Audi to voluntarily make corrective measures, and hope other companies can also review their operations and actively take measures to comply with the Chinese law."

Audi said that localization measures and economies of scale allow it to "adjust" the prices for spare parts in China and pass these "cost advantages" onto customers.

Audi did not provide details of the price cuts, but said they reduce the total cost of spare parts for an Audi A6L by about 30 per cent.

Foreign automakers have been frequently criticised by local media for charging Chinese customers more than those in other markets pay.

Audi, Subaru and Jaguar Land Rover were singled out in a December report by China's state television that accused foreign carmakers of over-charging in the after-sales market where services and spare parts are sold.
audi China NDRC