New CBZ xtreme 2011 console is very improved from the older. Speedometer is digital while rpm and fuel indicators are analog. All the indicators are placed very sleek and attractive way. Apart from better console it is also provided with Secure Ignition Switch with Key Shutter.

This is another important functionality improvement. Both disc break will definitely provide better control over this powerful bike.

Most eye catching part of any bike is fuel tank. How can the visual improvements go without modifying fuel tank! New fuel tank looks much better. It is also provided with Hunk like things on it. But it fits well and looks much better than Hunk. This makes bike’s neck looks even broader and stronger. 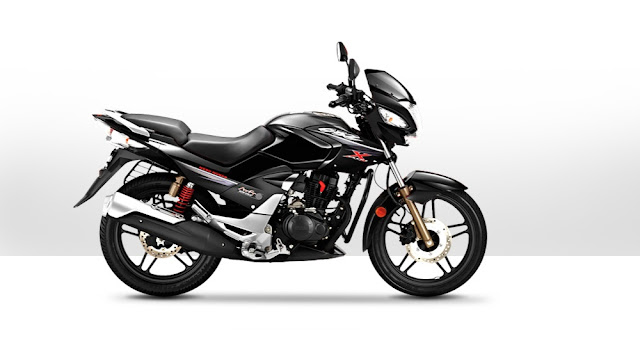 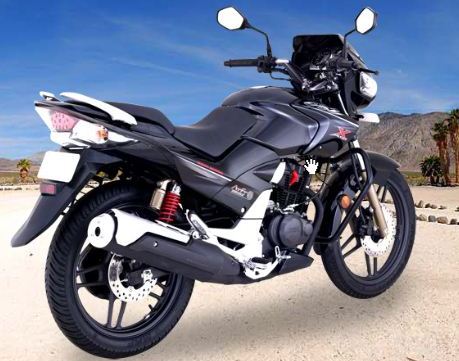 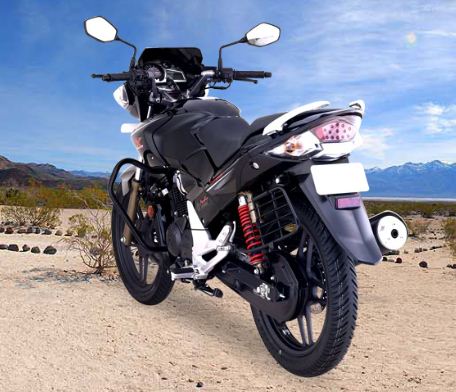 The headlamp and fairing combo of new CBZ X-treme looks relatively simple and straightforward except for two features. The turn indicators, which are usually stalked and stick out on either side, have been integrated into the headlamp housing. The new CBZ Xtreme now has clear lens for the indicators. A new tinted cowl adds to the improved aerodynamics and cuts the glare on the bike's instrumentation for the rider. The X-Treme's instrument cluster is also very different incorporating circular tachometer and digital display for the speed and other tell tales including trip meter, high beam, turn and neutral indicators.
The large fuel tank of the New CBZ X-Treme is shapely and seems to have borrowed a few lines from the Ambition. Tall riders will appreciate generous knee recesses built into the fuel tank. Body side panels at the side of the new CBZ X-treme become chunkier and more muscular as they meet at the broad tail lamp at the rear. With the crisscrossing lines of these panels and the deep knee recesses in the fuel tank, the New X-Treme's side profile is clearly its strongest, most admirable angle. The tail lamp cluster of new CBZ X-treme features a segmented stop and brake light section with the turn indicators built into a single unit that wraps around the brake light's bottom side. LEDs have been used replacing the conventional bulbs. The new cbz xtreme now has clear lens for the indicators like the front indicators.

What to expect from 2011 New CBZ X-treme

CBZ X-treme is very popular and has huge fan following, the only sore point about new CBZ X-treme is the front looks which looks very small. With a proportionately small front fairing and headlamp, the bike's front does not exude the kind of aggression that would be liked by buyers in this segment. Rest apart, it is a very good 150cc bike and CBZ fans will love it!!