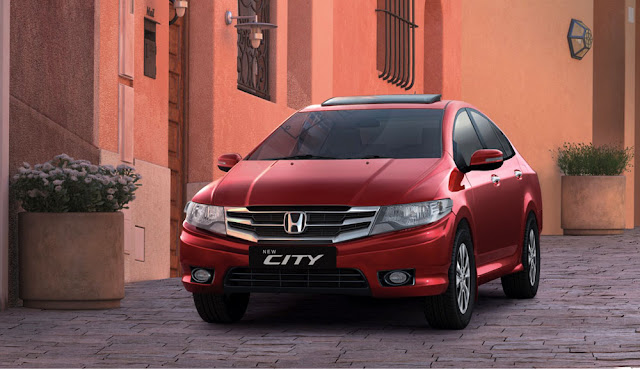 Honda City has emerged as the best-selling car in C+ segment now. Honda City is a marvelous sedan car which has ruled in its segment for more than a decade now. The first Honda City in India was launched back in 1998. Since then a lot of changes have been brought to the sedan on Indian soil. 2012 Honda City is the present model available in the country.

The Honda City sedan clocks major share of sales in India because of the Honda’s global vision of creating products that maximize the joy of customers, with speed, affordability and low CO2. In India Honda City has also been awarded as the "Car of the Year" in 2009. Its instant success is testified by the fact that the 3rd generation Honda City has sold nearly 1.36 lakh units since its launch in September 2008 and cumulatively 3.76 lakh units since its first launch in India in 1998. Honda City has 11th time achieved No.1 Rank in JD Power Initial Quality Survey in the mid size segment which is a record in itself.

The new Honda City is exceptional is all senses. It leaves the competitors far behind and spectators watch this new car in an awe. It still flaunts the legendary style but at the same time adapts to the need of the hour so as to provide elegance to the owners. There has to be a feeling of pride when you stand beside your car or when you get inside it. Honda City lets you feel that pride. The new car is specifically adorned with cosmetic changes in the exterior as well as interior front so that every Indian buyers do not loose variety in City sedan. 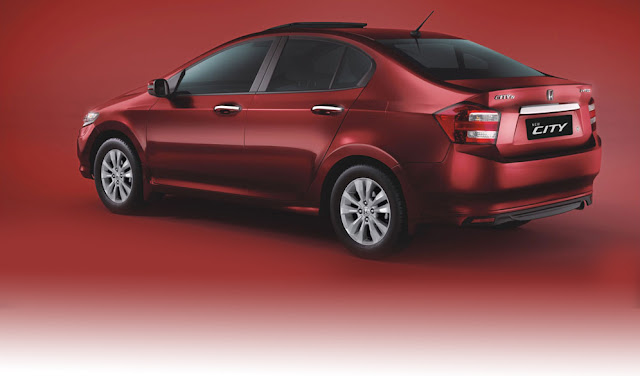 Not just the striking new looks but many value added features are given to new Honda City. Once stepped in the new Honda City, one would never like to come out. It’s such a plush experience to watch the premium beige seats done with high quality fabric and adore the equipments used in the City that leaves everyone rapt. New Blue combination lights enlighten the graphic meter to make it more endearing. Improved modern Centre Control Panel with stylish Chrome fittings gives the car an upmarket feel. Interiors are very spacious because of the multiple storage facilities available. To add to the convenience with music Honda City is equipped with advanced integrated audio panel. The introduction of new feature like Cruise Control System in high end models complements the look of the sedan car and makes it lavish with a deluxe feel.

The New Honda City now comes with enhanced ground clearance of 165 mm, 5mm more than its predecessor giving it an extra bit of comfort on bumpy roads. The length of the new City is 4440 mm (20 mm longer than its predecessor).Honda City is spread over 7 variants now-Corporate, E, S, V MT, V AT, V (Sunroof) MT and V (Sunroof) AT. The last two models are added in the 2012 Honda City and were not present in the previous version. This has turned all eyes towards Honda showrooms now. 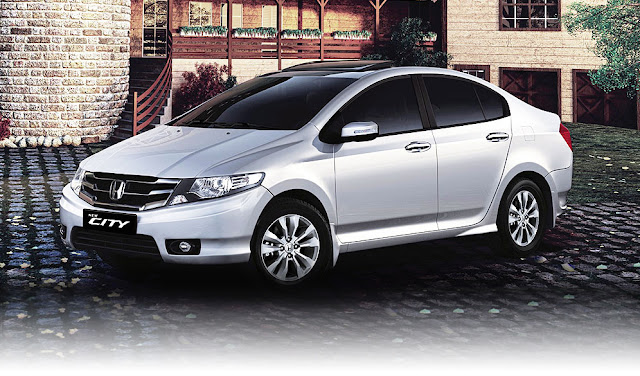 The new Honda City is only cosmetic and no change has been done under its skin. The Honda City still comes equipped with a powerful 1.5L, 4 cylinder and 16 valves new generation i-VTEC engine that delivers a good balance of 118PS power along with excellent fuel economy of 16.8 km/l (Test results as per Rule 115 of CMVR). In line with the Honda’s policy of reducing impact on the environment the engine is E10 compliant and has Euro IV emission levels. Further the 5-speed manual and automatic (in select models) transmission with paddle shifts offers much more convenience in handling the car. The unique Paddle Shift gear transmission option makes you able to switch gears without using the clutch pedal. Honda City has a Rack and Pinion type of steering system having a minimum turning radius of 5.3m. Front brakes are disc type while the rear brakes are drum type. Fuel tank capacity of the vehicle is 42 litres. 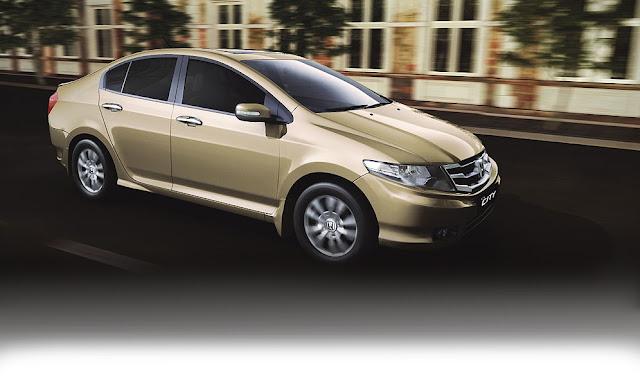 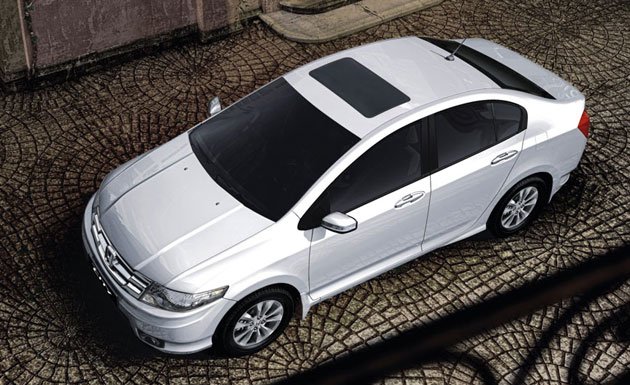 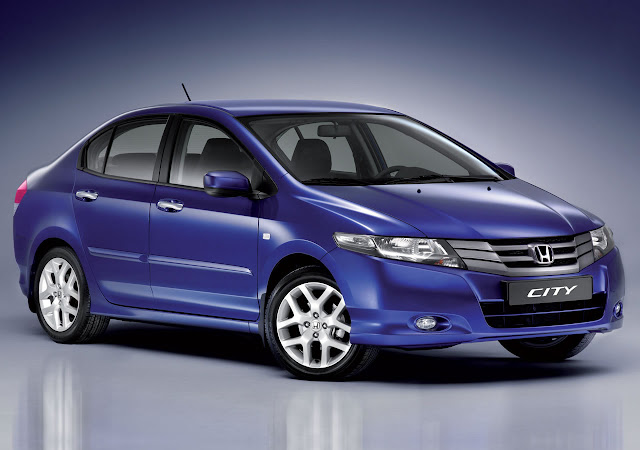 2012 New Honda City features a clean and simple interior with integrated audio and the new design Honda steering wheel. Honda City has grown in every dimension. Everything is laid out nicely, and there is a quality feel to all the controls. The plastics are hard, but in a solid and chunky sort of way. The steering wheel of Honda City is now adjustable for reach as well as height, which is a really excellent feature for this segment of the market.

Another nice touch is the iPod compatible USB connector. Although the Jazz already has this, Honda City has a very nicely integrated system. The display section of the audio system is hinged, opening to reveal a short USB cable which will accept your iPod cable. There is a little felt-lined compartment for your iPod. Once installed, you can control your iPod via the car's audio system. Honda City doesn't have a CD player, so you need an iPod, or other compatible MP3 player to take your songs with you. Still, it's nicely done. But the main feature which is missing in Honda City is climate control system which is very shocking at this price point as climate control is available in many premium hatchbacks. 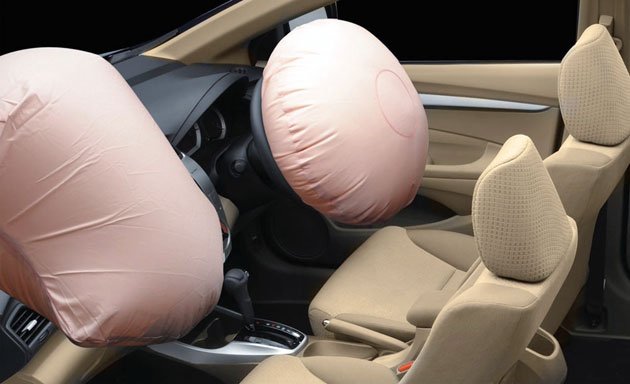 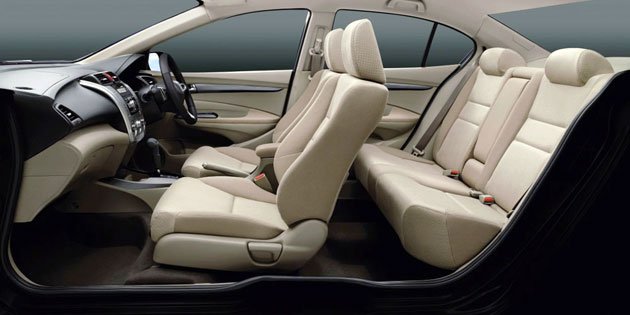