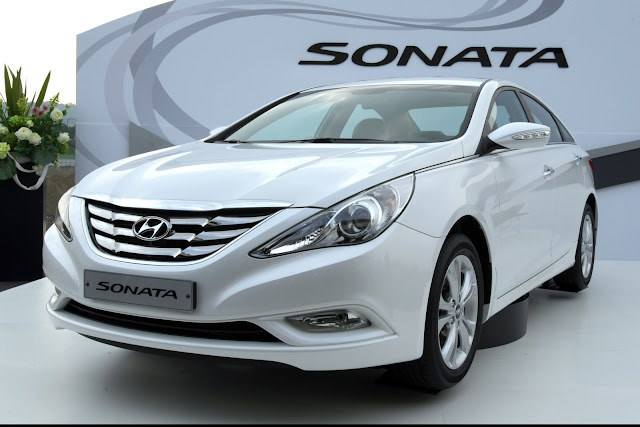 Man oh man could it look more prettier! Hyundai is nailing car designing in the recent times. The Genesis coupe and sedan designs have been critically acclaimed in the U.S. we expect the new Sonata to be even more acclaimed. India’s second largest car maker, Hyundai India will launch the all new Sonata in the Indian market at the Auto Expo. Hyundai’s sixth-generation Sonata encompasses new `fluidic sculpture’ design philosophy. The new Sonata made its global debut in 2010.It is also equipped with the company's latest power-train technology that offer class-leading performance at no compromise of efficiency. It is expected that all new Sonata will shake the D+ sedan segment with its polarizing new design and features. 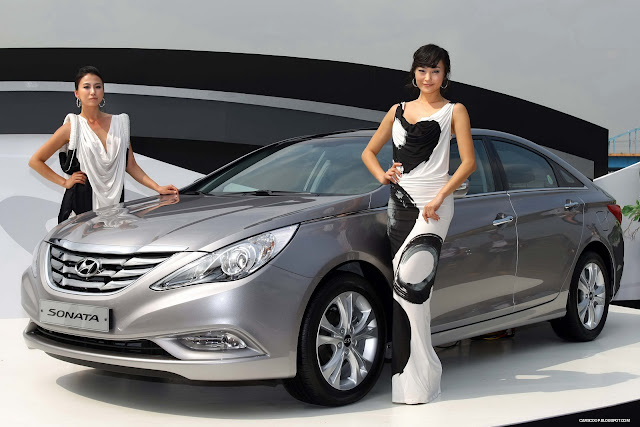 While the Sonata Fluidic being launched in India represents more choice in the E-segment car market, we’re hearing that the new Sonata will feature only a petrol engine, consonant with models available in the international markets. The Sonata Fluidic is yet to be available with a diesel engine in markets abroad and Hyundai seems to following the same approach for the Indian market too. The high point of this 198 Bhp-250 Nm, 2.4 Liter petrol engine is the fact that this engine uses Hyundai’s gas direct injection technology to boost power, fuel economy and engine response while cutting down on tail pipe emissions. 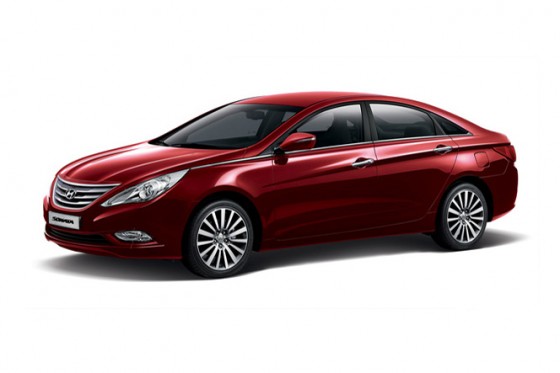 The car is expected to be manufactured at Hyundai India’s plant in Chennai, allowing Hyundai to price it quite competitively. A price of about 18 Lakhs is what the Sonata could be pegged at and the car will be available in both manual and automatic six  speed gearbox versions. While the Sonata brand has never been a success for Hyundai in India thus far, a lot will be riding on the Sonata Fluidic. This said, the lack of a diesel engine, at least initially, would make the path doubly hard for Hyundai as diesel engined cars rule the roost when it comes to the luxury end of the car market. Watch this space. 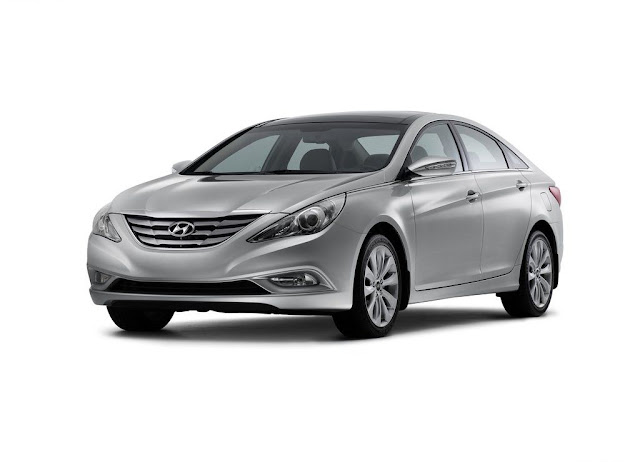 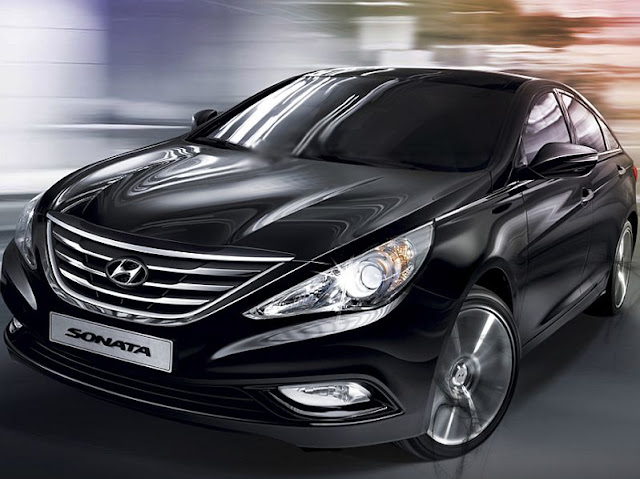 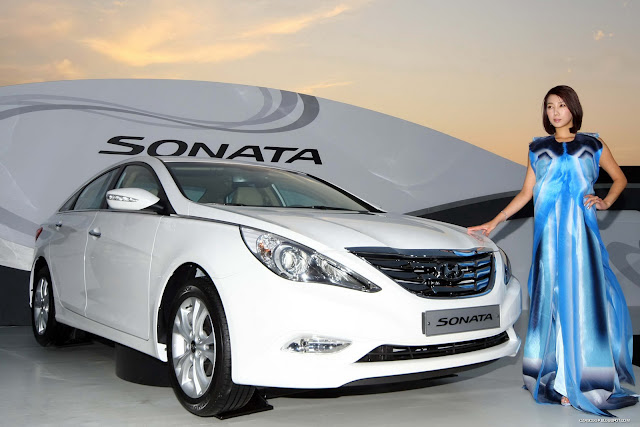 The sleek, rakish lines of New Sonata's exterior evoke a four-door coupe alike the Mercedes-Benz CLS-Class and Volkswagen CC. Hyundai announced that the new Sonata will be the first car to incorporate the brand's new "Fluidic Sculpture" corporate design theme, thus finally calming the quarrel surrounding the company's lack of a genuine brand identity to this date. The automaker even stated its hopes to replicate the immense impact made by the first-generation Ford Taurus when it debuted in 1985 with its futuristic, timeless styling.

The redesigned Sonata also hopes to lead the mid-size car segment with new, innovative powertrain technology. As gas prices will likely continue escalating into the future, Hyundai will focus more on its 4-cylinder engine line-up and the Sonata is no exception. Hyundai has high hopes for the 2012 Sonata as it will also pack an abundant list of standard features and segment-first options as well. 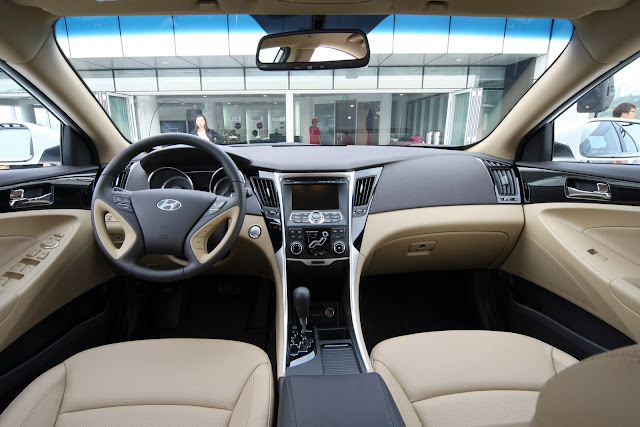 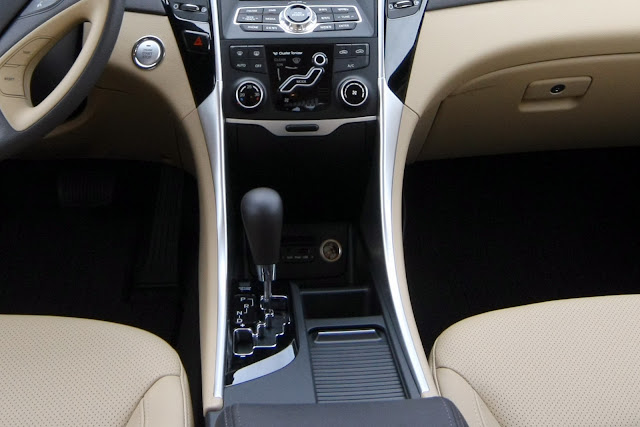 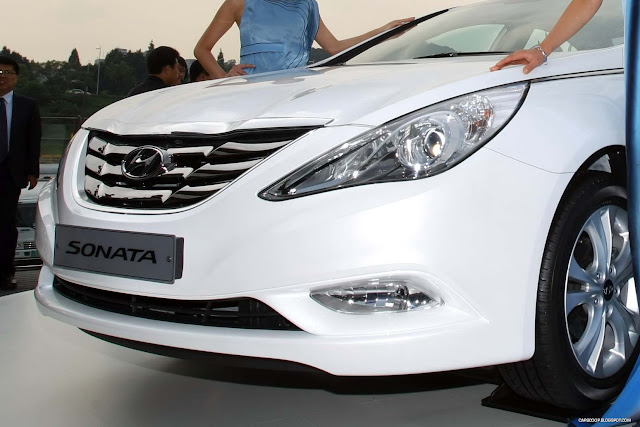 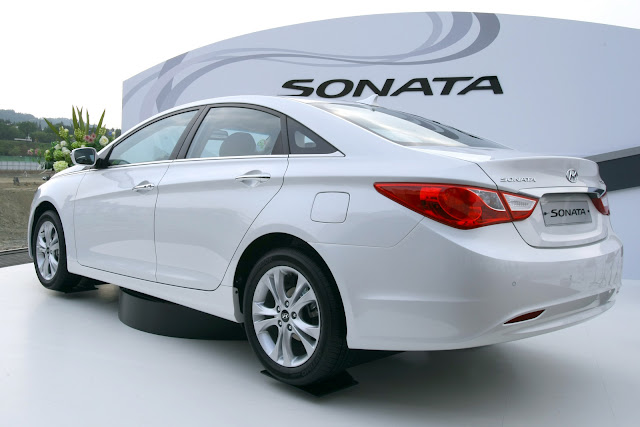 New Hyundai Sonata grabs the attention of the von-lookers by its “Fluidic Sculpture”. This gives the car an aura of contemporary design, high performance, stylish looks and the looks of an attention-grabber. The exterior impresses the viewer through its sculpted grille, shark-fin antenna, sleek roofline, chrome door handles, side mirror turn-signal indictors and the front fog lights. The chrome-tipped dual exhaust increases the robustness of the car. The interior of the car is equally beautiful, classy and lavish. The power adjustable seats with lumbar support, dual automatic temperature controls, heated front seats and the heated rear seats make sure the driver and passengers are comfortable and enjoying the ride. The power sun roof ensures that the amount of sunlight entering your interior is completely under your control. 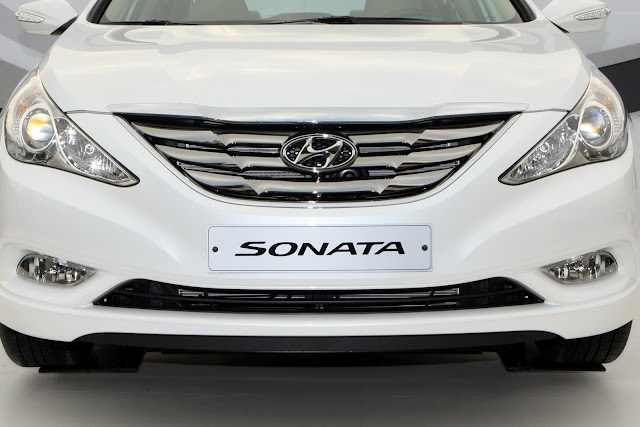 The technology of the car is designed in such a manner that the driving experience is very convenient and under complete access of the driver. Bluelink technology, XM NavTraffic and XM Data Services, Integrated Bluetooth and Homelink make everything very accessible and comfortable. The car contains six-speaker audio system, rear view camera, proximity key, push button start and ample amount of interior volume and cargo space is also available. The safety features of the car include ABS; front and rear crumple zones and airbags protection. Traction control system, Anti-Lock Braking System, Electronic Brake force distribution and Brake assist options are also available. This ensures control in difficult braking situations, emergency brake application, reduction in wheel spin and stable acceleration and control over the car.