Vyapam conducted the MP Police Constable written exam 2013 at various exam centers and a large number of candidates appeared in this exam. The MP Constable Exam September 2013 was held on 15 Sept, 2013 and organized by Vyapam.

Madhya Pradesh Professional Examination Board, Bhopal MPPEB has conducted and managed the police constable exam 2013 and responsible for the declaration of results and further selection process.

All the candidates appeared in MP Police Constable Exam 2013 can check their results on the official website of Vyapam www.vyapam.nic.in. This is recruitment test to recruit the eligible and talented candidates for the post of police constable for the state police. 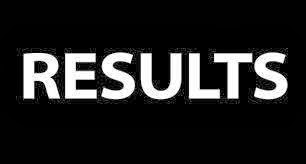 Candidates waiting for the final declaration of MP police constable recruitment test 2013 (second), can check the following direct link to view the result online. Results were also available on www.vyapam.nic.in website of Madhya Pradesh Vyavsayik Pariksha Mandal.
Click on the following link and enter your 6 digit roll number and candidate's date of birth and then click on submit button.