on September 19, 2014
The 2014 Asian Games, officially known as the XVII Asiad commences from September 19 - October 4 in the port city of Incheon, South Korea. The opportunity to host the 17th edition of Asian Games, the largest multi-sporting event in Asia governed by Olympic Council of Asia (OCA) was given to Incheon after defeating Delhi, India with 35 is to 13 votes in bidding. Incheon with this notable achievement becomes the third city in South Korea to host the Asian Games after Seoul (1986) and Busan (2002).


The 2014 Asian Games in Incheon is seen not just as sporting event but also as a festival that should bring regional harmony by the organizing committee, The 2014 Incheon Asian Games Organizing Committee (IAGOC). They also hope it is the best Asian Games till date and hope it helps in enhancing a nation’s prestige. For the first time, the torch relay started outside the host country. It marked it beginning from India after being lit at Dhyan Chand National Stadium in New Delhi, India on August 9, 2014, marking the torch being lit outside the host country for the first time. 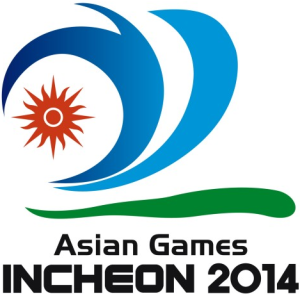 The Incheon 2014 Asian Games begins with the motto Diversity Shines Here keeping the significance of Asia’s wonderful diversity in history, cultures, and religions coming together on one platform during this mega occasion.

The Official Mascot of the Asian Games 2014 is the Harbour Seal Siblings - Barame, Chumuro and Vichuon means wind, dance and light in Korean language. They were chosen above the famous landmark in South Korea because of they will act as the peace messengers between South and North Korea.

China set a new Asian Games record with 416 medals including 199 gold medals. They have been defending table toppers for the eighth consecutive time with China leading the final medal tally with South Korea (232) and Japan (216) were placed third in the medal table.

Asian Games 2014 will official start on September 19 with the opening ceremony taking place at the Incheon Asiad Main Stadium. With over 13,000 athletes and officials participating from 45 National Olympic Committees (NOC), going way ahead the number of participants of 9, 704 from the Guangzhou 2010 Asian Games. 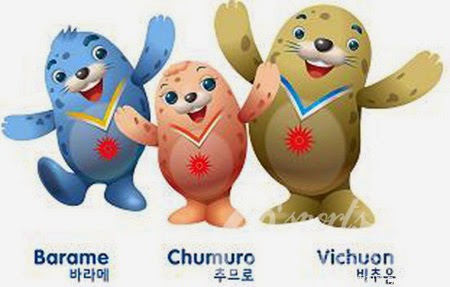