Who: Prime Minister Narendra Modi
What: for the first time addressed the countrymen over radio in programme Mann Ki Baat
When: on 3 October 2014


Who: India's first Olive refinery
Where: in Lunkaransar area at Bikaner, Rajasthan
What: inaugurated by Chief Minister Vasundhara Raje
When: 3 October 2014


i. Rajasthan today started the country’s first olive refinery and expressed hope that it would be able to fulfil the country’s demand of olive oil in coming years.
ii. Chief Minister Vasundhara Raje inaugurated the refinery set up with a cost of Rs. 3.75 crore in Lunkaransar area in the district and said it was an achievement for Rajasthan to become the first state in the country to set up such refinery.
iii. The olive oil produced in the refinery will be marked under the brand name of ‘Raj Olive Oil’ and will be available in markets after some time.

Who: World's fourth-largest lake, Aral Sea
Where: sea is located between Kazakhstan and Uzbekistan
What: has dried and is at the verge of vanish
When: the images were released in October 2014
Why: claimed by NASA's Earth Observatory by releasing images of the sea

Where: globally
What: observed
When: on 4 October 2014 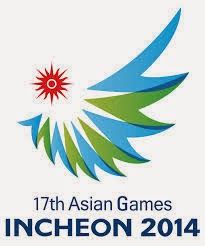 i. India have brought the curtains down on their campaign in the 17th Asian Games, maintaining their domination of kabaddi with two gold medals.
ii. On the penultimate day of competitions at Incheon on day, India rose a rung to eighth in the overall medal standings.
iii. The women's kabaddi team won their title-match against Iran quite comfortably by a 31-21 margin, to maintain their supremacy for the second edition running, having clinched gold when the event made its debut four years ago in Guangzhou.
iv. For the men's kabaddi team, it was not a cakewalk. They literally overcame a scare from Iran before notching up a 27-25 win in a thrilling final. It was their seventh successive gold medal in the event.
v. Hammer thrower Manju Bala's medal was upgraded from bronze to silver after a Chinese competitor who finished ahead of her was caught for doping.
vi. With two gold medals coming on Friday, India were placed eighth on the table with a total haul of 57 medals - 11 gold,10 silver and 36 bronze.
6.    India Men’s Kabaddi Team bag seventh successive gold in Asian Games,

i. Six-time defending champions India retain the seventh gold medal in Asian Games after they narrowly edge past the determined Iranian side in this rematch of 2010 Guangzhou Asian Games.
ii. The Indian side got off to the worst possible start of the tournament in Incheon but came back roaring to win the gold medal in the 17th edition of Asian Games.
iii. India beat Iran by 27-25 in this mouth-watering title clash. Earlier, it was the women’s team that made India proud by also wining the gold medal in their match also against Iranian side.
7.    Women's kabaddi team bags gold at Asiad

i. The Indian women's kabaddi team notched up its second successive gold medal at the Asian Games, beating Iran 31-21 in the summit clash on Friday.
ii. India thus maintained their supremacy in women's kabaddi, which made its Asiad debut in the previous edition in Guangzhou.
8.    Indian women clinch gold in 4x400m relay at Asian Games 2014
i. India continued their stranglehold in women's 4x400m relay event in the Asian Games as its quartet ran a brilliant race to win the gold for the fourth time on the trot in Games record time in the 17th edition in Incheon on Thursday.

ii. The quartet of Priyanka Panwar, Tintu Luka, Mandeep Kaur and M.R. Poovamma won an easy race in 3:28.68 to improve upon the earlier Games record of 3:29.02 which was also in the name of the gold-winning Indian team in 2010.
iii. This was the second gold for India from athletics after Seema Punia bagged the yellow metal in women's discus throw.

i. India on Saturday ended their 17th Asian Games campaign at the eighth spot on the medals tally, a drop of two positions from the previous edition of the mega-event which drew to a close.

Who: Thirty two people killed
Where: at Gandhi Maidan in Patna
What: due to stampede that occurred at the main Dussehra event
When: 3 October 2014

11. Half of tatkal tickets on 80 trains to be costlier

i. Half of the tatkal tickets on 80 trains have become costlier with the railways deciding to partially implement the dynamic fare system under which charges will depend on demand.
ii. The decision, clearly aimed at mopping up more revenues by the cash-strapped railways, comes in the midst of festival season when there is a big rush of train travellers.
iii. "It has been decided that 50 per cent of the existing tatkal quota ticket shall be sold under dynamic fare scheme," said a senior Railway Ministry official on Thursday.
iv. As per the scheme, 50 percent of tatkal quota tickets would be sold under the existing system and the subsequent 50 percent under 'premium tatkal' quota of dynamic pricing. It will mean more the demand, more the cost.
v. The 'Premium Tatkal Ticket' scheme will be applicable to 80 trains from 1st October and like Premium train, the scheme will be available online only.
vi. Some trains which have been identified for implementation of the scheme are Hyderabad-New Delhi Andhra Pradesh Express, Hyderabad-Hazrat Nizamuddin Dakshin Express, Secunderabad-Howrah Falaknuma Express, Kacheguda-Bangalore Express and Secunderabad-Patna Express.

On the occasion of launch of the campaign in Rajpath New Delhi, Modi administered an oath to a large gathering to keep their neighbourhoods clean. He asked people to donate (Shramdaan) 100 hours every year or two hours every week for cleanliness. After administrating the oath, he himself cleaned a police station and a scavengers’ colony, Valmiki Colony of New Delhi.

Apart from this citing the example of ASL Ice Bucket Challenge, Modi started a Swachh Bharat challenge and nominated nine people to accept the challenge and inspire people for the campaign. He nominated Sachin Tendulkar (retd. cricketer), Sashi Tharoor (Congress leader), Anil Ambani (industrialist), Salman Khan, Priyanka Chopra, Kamal Hasan, Baba Ramdev, Mridula Sinha (Governor of Goa) and the whole team of TV serial Taarak Mehta Ka Ooltah Chashmah. After nominating people for accepting the challenge, he said that each of these nominated people can nominate other nine people of their choice.

Participations in Swachh Bharat (Clean India) campaign
• The President of India, Pranab Mukherjee flagged off the Swachh Bharat Mission at Kirnahar, Birbhum District of West Bengal where he also administered pledge to the students and others at Kirnahar Shib Chandra High School and joining hands with the students of the school in cleanliness drive
• Sudarshan Bhagat, the Minister of State for Social Justice and Empowerment on 2 October 2014 launched the Swachhta Udyami Yojana - Swachhta Se Sampannta Ki Aur of National Safai Karamcharis Finance and Development Corporation, at India Habitat Centre, New Delhi
• Union Minister of Rural Development and Drinking Water and Sanitation Nitin Gadkari announced that 20 lakh rupees will be given to every village in the country per annum to achieve the goal of clean India by 2 October 2019
• Ircon International Limited (IRCON) pledged commitment towards cleanliness and thereby realize Father of the Nation Mahatma Gandhi’s dream of Clean India
• Union Minister for Information & Broadcasting Prakash Javadekar administered Swachh Bharat Pledge to officials of the ministry and also released Audio Track Swachh Bharat ka Irada Kar liya hum ne composed by Shri Prasoon Joshi which is specially prepared for Swachh Bharat Mission
• Swachh Bharat Karyakram (Clean India Programme), a cleanliness drive was conducted at all Army establishments and formations from 25 September 14 to 2 October 2014
• Indian Navy and Indian Air Force also launched Swachh Bharat Campaign and Swachh Bharat Abhiyan, respectively
• President Pranab Mukherjee on 4 October 2014 flagged off the Swachh Bharat Run that show participation of around 1500 people. Participants in the run included officers and staff of the Secretariat, the President`s Body Guard, Army Guard and Delhi Police as well as their families
• Cricket legend Sachin Tendulkar who accepted Prime Minister Narendra Modi's nomination as one of the ambassadors of Swachh Bharat campaign, swept a road in Mumbai with a broom in hand on 5 October 2014