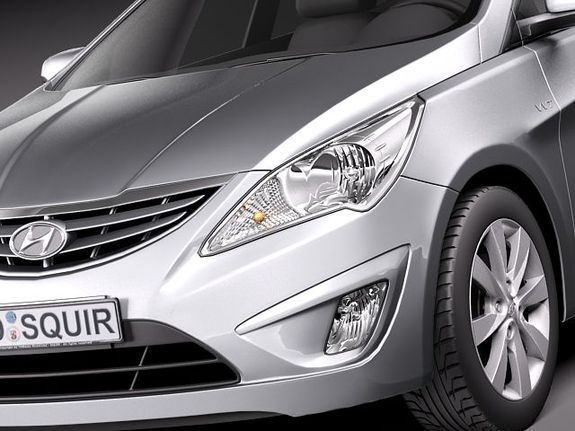 Ahead of the launch of the new Hyundai Verna RB in India, I managed to wriggle out one test car from Hyundai Motors India Limited. From the time I saw the vehicle, I could imagine all sorts of copying in the designs which Hyundai must have done to make this all new car. The 2011 Hyundai Verna in India test drive was strictly for 20 minutes and hence I have tried to detail as many points as I could. More details about the engines was given later on by one of Hyundai’s PR person. To start with, I am sure that most of you would be really wondering if that’s the new Ford Fiesta or a Hyundai Verna. The new Verna looks more like the former. Cover the badge and you would be hard pressed to notice the difference. That is not to take away anything from the Ford Fiesta or the Hyundai’s “fluidic concept” designers. 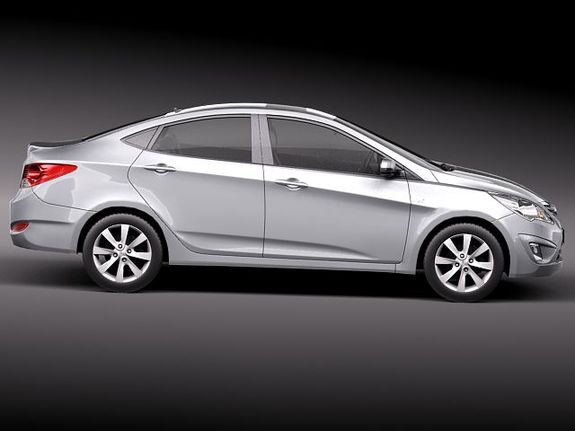 The swooped dashboard and those eagle eyed head lamps along with the well sculpted grille cut a distinct figure. The fog lamps mirror those in the Volvo S60 and are L shaped. The wing mirrors have been borrowed from BMWs, the side profile from the Ford Focus. The side profile is more interesting that the front one with its coupe like stance and at the same time, the rear profile has cues from both the earlier Verna. This all new Verna is actually the 7th generation Hyundai Accent. However in India since both this vehicles sell side by side, the new Accent is called the new Hyundai Verna. The overall height of this car is lowered down and its length has been increased. The tyres are also bigger in profile now. However disappointment creeps in when one sees the not so prominent tail pipe. The Hyundai Verna Transform atleast had a big fat tail pipe. 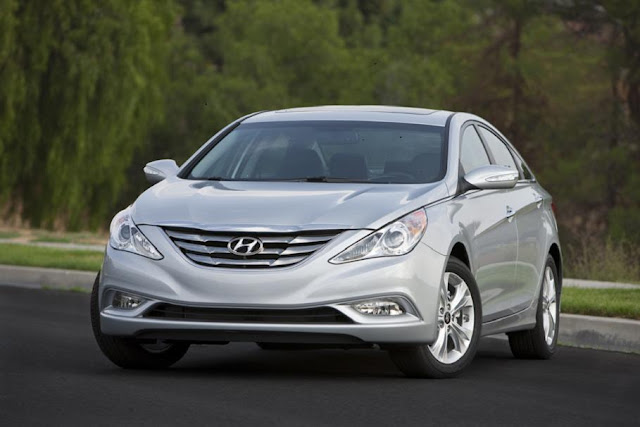 Pulling the tug door handles reveal a vastly improved cabin from the 2010 Verna. Not that the latter was very bad or anything. It is just that the new one is a class apart. None and by this I mean none of the existing cars in its segment have such an elaborate and lavishly designed cabin. The meter dials may look downright simple but then the MID or the multi information display system provides a wide array of information and at the same time look extremely pleasing to the eyes. Unfortunately the 3 spoked steering wheel doesn’t have the audio controls on it. The perception of high quality however does get marred with the slightly awkward panel gaps towards the door. However Hyundai has said that they would be rectifying this before the final launch of the car. What has improved is the feel of the cabin and the materials used. These materials may even eclipse the quality of those used in the Verna, the Honda City not withstanding. What is however disappointing is the lack of storage spaces. The door map pockets are shallow and can’t hold much by the way. The seats also have a sort of fabric which would actually make the under thigh region to heat up after some time. No, I am not joking here but then that definitive itching feeling would be there after prolonged stints in the car. The switchgear however have a tactile feel to them and seem to be made of high quality materials. There are parking sensors, Bluetooth and USB/AUX input. 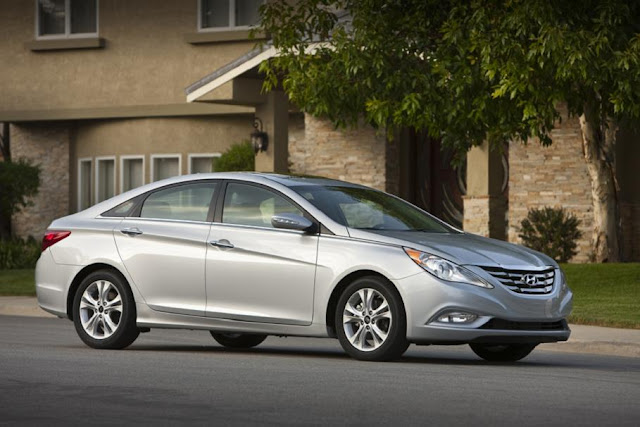 Comfort was never a problem with the old Verna and the 2011 Hyundai Verna in India goes one step above it by providing extra leg room at the rear. The coupe like slanting roof line however robs one of valuable head room, especially if one happens to be 6 foot plus. Front seat for the passenger is comfortable however for the driver, it takes some time to get adjusted. Noticeable is the fact that there is a dead pedal as well. Coming back to the rear, the seating position is a bit low and the central bin cup holder does make life tedious for the middle seat passenger. The 465 liters boot space with its low loading lip is ultra useful though.


The Diesels have two engine options, the base being the 1.4 CRDI making 90PS of power and 225 Nm of peak power and a 1.6 CRDI engine that makes 128PS of power and a huge 265Nm of torque. Now Hyundai has given a 4 speed auto box for the 1.6 Petrol and 1.6 Diesel options. We drove the 1.6 Petrol Automatic and later the 1.6 Diesel Manual. The 1.6 diesel comes with a six speed gearbox while the rest get the five speed box. Hyundai with this has made the new Verna as the only car available with so many engine and transmission options currently in this segment. 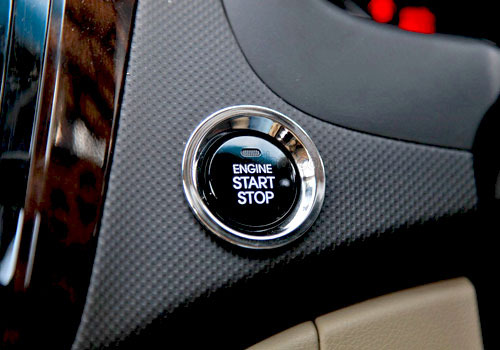 The manual Verna`s also are aided with gear shift indicators that prompt the driver to up-shift or down shift gears to get maximum fuel efficiency from it. A ECO mode indicator also helps in getting maximum fuel mileage if the car is driven sanely under a certain RPM and speed.

The Petrol 1.6 Automatic Verna that was driven first felt nice and nimble. The engine is highly refined and smooth. The only grouse is the 4 speed auto box that spoils the fun and does not let the driver explore the full capability of the 1.6 litre engine. Shifting is good and precise that we would have liked a 6 speed autobox with shorter gear ratios to get the maximum out of the engine. The car feels stable at high speeds and handles well. The feedback on the steering is ample while the Petrol Automatic Verna behaves sanely at all speeds. The suspension has been beefed up for India to tackle the bad road conditions which is common here. Cornering is good and body roll is present but to a limit.

The 1.6 Diesel Manual is the pick from the lot. Its highly powerful and has tons of torque under its belt. The six speed manual gearbox is great to use with perfect gear ratios mated. The Diesel version of the new Verna drives and feels a lot better than the Petrol one mostly because of the extra weight it carries on the engine and hence handles sharper than the Petrol sibling. Turbo lag is minimal and the outright power delivery is amazing. The new Verna in the 1.6 Diesel avatar is very sporty and has loads of power in it. Stable and sturdy at all speeds are the USP for the 1.6 Diesel Verna.

The all wheel disc brakes work very well aided with ABS and EBD. The ride quality is smooth thanks to the 195/55 R16 tyres that do their duty to the core. During the drive the new Verna's encountered a lot of hilly roads that included steep climbs and rough patches but the Verna suspension setup undertook all under its belt and offered a good ride quality.

Out and out a very good package with a wide option of engines and transmission to choose from.

Would also like to add here that the reverse parking sensor aided with the reverse camera that shows on the rear view mirror is very practical and useful as per our experience during the time spent driving the new Verna.