The Railway Minister has however kept both the passenger as well as the freight fares unchanged.

Mallikarjun Kharge is the second Railway Minister from Congress Party in the 10-year UPA regime to be presenting a Railway Budget, although interim. Earlier, under UPA-I regime Lalu Prasad from RJD had presented vote-on-account (interim budget) in 2009.

No increase in rail fare and freight has been proposed in the Interim Rail Budget for 2014-15. The Minister announced that there will be no more unmanned crossings. A Rail Tariff Authority has also been announced. A number of measures for safety and security of passengers like portable fire-extinguishers in coaches and induction-based cooking in pantry car have been proposed in the Budget. • RO drinking water facilities to be installed at stations
• Separate housekeeping wing at 50 major stations
• CCTV to monitor cleanliness activities
• Mechanized laundry will be introduced
• Dedicated freight corridor on Eastern and Western corridors
• Tourist trains to be introduced to link all major places of tourist interests across the country
• 4000 women constables to be recruited to ensure safety of women
• 17000 Railway Protection Force (RPF) constables to provide safety to passengers
• Setting up of Railway University for technical and non-technical study
• Ultrasonic Broken Rail Detection System (UBRD) to detect problem in track
• Proposal to start Bullet trains in Mumbai—Ahmedabad route
• Diamond Quadrilateral project of high speed trains to connect all major metros
• Efforts will be made to increase speed of trains to 160-200km/h on select sectors. The identified sectors are: Delhi-Agra; Delhi-Chandigarh; Delhi-Kanpur; Nagpur-Bilaspur; Mysore-Bengaluru-Chennai; Mumbai-Goa; Mumbai-Ahmedabad; Chennai-Hyderabad and Nagpur-Secunderabad.
• E-ticketing system to be improved. Future e-ticketing to support 7200 tickets per minute & to allow 120000 simultaneous users
• Wi-fi in A1 and A category stations and in select trains. Internet-based platform and unreserved tickets
• Will develop 10 metro stations with state-of-the-art facilities
• Outsourcing at 50 major stations; on board housekeeping to be extended to more trains; launching feedback service through IVRS on the quality
• Hospital Management Information System to integrate all railway health units and hospitals
• Special milk tanker trains to be introduced
• Temperature-controlled storage for fruits and vegetable
• setting up of Railway University for technical and non-technical subjects, tie-up with technical institutions
• Paperless office of Indian railways in 5 years. Digital reservation charts at stations
• Ready-to-eat meals to be introduced in phased manners
• New trains in Rail Budget: 5 Jansadharan, 5 Premium, 6 AC, 27 express trains, 8 passenger, 5 DEMU & 2 MEMU services; 11 train extensions
• Office-on-wheels: Internet and workstation facilities on select trains
• Temperature-controlled storage for fruits and vegetable 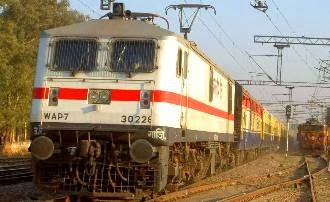