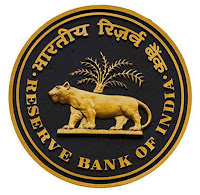 Reverse Repo rate is the short term borrowing rate at which RBI borrows money from banks. The Reserve bank uses this tool when it feels there is too much money floating in the banking system. An increase in the reverse repo rate means that the banks will get a higher rate of interest from RBI. As a result, banks prefer to lend their money to RBI which is always safe instead of lending it others (people, companies etc) which is always risky.Repo Rate signifies the rate at which liquidity is injected in the banking system by RBI, whereas Reverse Repo rate signifies the rate at which the central bank absorbs liquidity from the banks.RBI joined other central banks and slashed the repo rate, reverse repo rate and CRR to help maintain stability as a response to the Corona Virus crisis. In April 2020, RBI cut the reverse repo rate so banks will get lower interest rate which will push them to give out more loans to the general public and companies.
CRR - Cash Reserve Ratio - Banks in India are required to hold a certain proportion of their deposits in the form of cash. However Banks don't hold these as cash with themselves, they deposit such cash(aka currency chests) with Reserve Bank of India , which is considered as equivalent to holding cash with themselves. This minimum ratio (that is the part of the total deposits to be held as cash) is stipulated by the RBI and is known as the CRR or Cash Reserve Ratio.When a bank's deposits increase by Rs100, and if the cash reserve ratio is 9%, the banks will have to hold Rs. 9 with RBI and the bank will be able to use only Rs 91 for investments and lending, credit purpose. Therefore, higher the ratio, the lower is the amount that banks will be able to use for lending and investment. This power of Reserve bank of India to reduce the lendable amount by increasing the CRR, makes it an instrument in the hands of a central bank through which it can control the amount that banks lend. Thus, it is a tool used by RBI to control liquidity in the banking system.SLR - Statutory Liquidity Ratio - Every bank is required to maintain at the close of business every day, a minimum proportion of their Net Demand and Time Liabilities as liquid assets in the form of cash, gold and un-encumbered approved securities. The ratio of liquid assets to demand and time liabilities is known as Statutory Liquidity Ratio (SLR). RBI is empowered to increase this ratio up to 40%. An increase in SLR also restricts the bank's leverage position to pump more money into the economy.Net Demand Liabilities - Bank accounts from which you can withdraw your money at any time like your savings accounts and current account.Time Liabilities - Bank accounts where you cannot immediately withdraw your money but have to wait for certain period. e.g. Fixed deposit accounts.Call Rate - Inter bank borrowing rate - Interest Rate paid by the banks for lending and borrowing funds with maturity period ranging from one day to 14 days. Call money market deals with extremely short term lending between banks themselves. After Lehman Brothers went bankrupt Call Rate sky rocketed to such an insane level that banks stopped lending to other banks.MSF - Marginal Standing facility - It is a special window for banks to borrow from RBI against approved government securities in an emergency situation like an acute cash shortage. MSF rate is higher then Repo rate. Current MSF Rate: 4.65%Bank Rate - This is the long term rate(Repo rate is for short term) at which central bank (RBI) lends money to other banks or financial institutions. Bank rate is not used by RBI for monetary management now. It is now same as the MSF rate. Current bank rate is 4.65%
MCLR - Marginal Cost of funds based Lending Rate - Individuals who have availed loans from lenders or banks before 1 April, 2016 will be paying the base rate and not MCLR. MCLR or marginal cost of funds based lending rate, when compared to the base rate compared, is seen to be lower by 5 to 50 basis points. This happens as the marginal cost of funds based lending rate is closely linked with the repo rate. Thus, there is better transmission of Reserve Bank of India’s rate cut to the borrower.

SBI's home loan EMIs to get cheaper due to MCLR cut

State Bank of India has slashed the Marginal Cost of funds based Lending Rate (MCLR) for the 12th consecutive time across all tenors. Home loan accounts that are linked to the MCLR will now have cheaper Equated Monthly Instalments (EMIs) as a result of this. For example, a loan of Rs.25 lakh over a 30-year tenure will now have an EMI that is cheaper by Rs.255 as a result of this reduction in the MCLR rates.  The MCLR has been reduced by 15 bps across all tenors. The one-year MCLR is now 7.25%, down from 7.40%, with effect from 10 May 2020.

On 17 April 2020, the Reserve Bank of India had reduced reverse repo rates to 3.75% from 4%, a reduction of 25 bps across all tenors. Earlier, on 27 March, the RBI had reduced the repo rate to 4.40%, which was a cut of 75 bps while reducing the Cash Reserve Ratio (CRR) to 3%, which was a reduction of 100 bps. These measures were part of the stimulus package in response to the Covid-19 pandemic’s impact on the country’s economy.