on September 06, 2011
The BMW X1 is a compact luxury sports utility vehicle that was launched in the Indian market on December 23rd, 2010. The new BMW X1 will be imported in the country through CKD (completely knocked-down unit) route and will be assembled at company’s Chennai plant. The X1 has been rolled-out in three variants including X1 sDrive18i (petrol), X1 sDrive20d (diesel) and X1 sDrive20d Exclusive (diesel) with an ex-showroom price tag of Rs 22 lakh, Rs 23.9 lakh and Rs 29.9 lakh. The new X1 is the cheapest BMW brand car in the Indian market and the company is expecting drive high volumes sales from this SUV. It will be fighting for space with the likes of Honda CR-V, Toyota Fortuner, Ford Endeavour, Mitsubishi Outlander, Chevrolet Captiva and Nissan X-Trail. 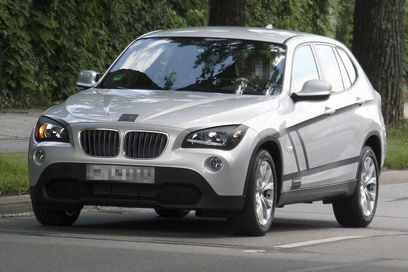 BMW X1: This is the newer of the designs and hence we have put it to the forefront. Typical BMW as one would say with that twin kidney grille. Showing its soft roader roots are the fog lamps which are placed close to the head lamps assembly. Since this is a battle of “cheap” soft roaders, we have taken the lowest trim level amongst each. The Corona head lamps are missing so. There is an aluminium skid plate in the front. 17 inch multi spoke alloy wheels and body colored bumpers define the side profile. The rear also carries the same radical styling as the front and gets the aluminium skid plate with a single tail pipe unit.

As mentioned above, the BMW X1 has been launched in both diesel and petrol versions. The diesel version of the car comes powered by a 2.0L, 4-cylinder engine that comes blessed with a turbocharger with variable intake geometry and common-rail fuel injection. The powerful diesel engine of the X1 is capable of delivering a peak power of 177 hp at 4,000 rpm along with a peak torque of 350 Nm at 1,750 to 3,000 rpm. On the other hand, the petrol version of X1 sports a 1.8L four cylinder engine that is capable of churning-out a maximum power of 150 hp at 6,400 rpm with a peak torque of 200 Nm at 3,600 rpm. All variants of X1 model come mated with six-speed automatic transmission. The Indian version of BMW X1 carries a dynamic rear-wheel drive system.

Handling and ride quality
BMW X1: Been built on the same chassis as the BMW 3 series endows the BMW X1 with a certain nimbleness which is usually lacking in soft roaders. The steering wheel though not chunky enough is a typical BMW unit having a certain heaviness in city speeds and been light on the highway, but not overtly so. Well, as we have mentioned in the review of the same, there is no other soft roader in the market in this price bracket which handles like the BMW X1. Agreed, it has pronounced body roll but then itsn’t as overt as the competition. The ride quality even on run flats is better than the one on the BMW 3 series. At low speeds, the soft roader absorbs all the bumps but then up the ante and all those pot holes come crashing inside the cabin. Cabin noise is nicely insulated. Been a rear wheel drive vehicle, all the joy of driving would be attained only on a gravelly path.

The new BMW X1 keeps you on track with its remarkable suspension tuning, optimal axle load distribution and low center of gravity. The standard rear-wheel drive offers impressive maneuverability to the driver. The 2.0L diesel version of the new BMW X1 takes a mere 8.3 seconds to reach the speed of 100 km/h from a stand still position and can reach up to a top speed of 205 km/h. On the other hand, petrol version takes 10.4 seconds to break the speed barrier of 100 km/h and carries a top speed of 200 km/h. Both diesel and petrol variants of the car offers a segment leading fuel economy of 15.24 km/l and 11.24 km/l (ARAI tested), respectively. 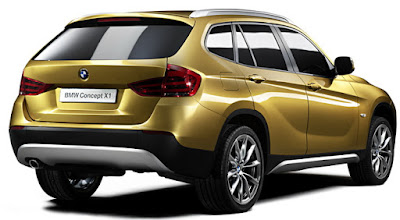 ﻿
Exterior, Interior & Safety of BMW X1
A sloping rear windscreen and short overhangs provides the new BMW X1 with a sporty and elegant road presence. The distinctive three-eye look of front headlights and L-shaped tail-lights makes the car expressive through-out its length. Inside, the car is ergonomically designed and carries a driver oriented cockpit. The seating position has been raised to offer a good overview. Both the driver and passenger seats are electrically adjustable in this car. The top diesel variant comes equipped with a panorama glass sunroof. A subwoofer under the front seat in combination with an eight-loudspeaker HiFi system offers amazing surround sound. The full-proof safety of the passengers as well as of the car has been ensured with the help of a new generation steel body that absorbs forces in the deformation zones. Crash-activated headrests and multiple airbags further enhance the passenger safety. 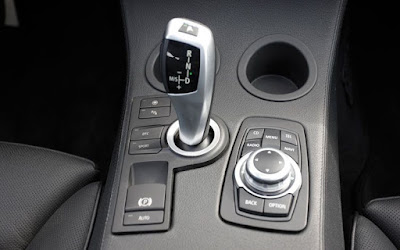