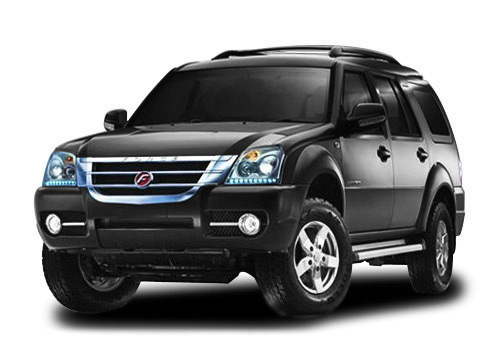 Force Motors is a company well known in India for its successful passenger vehicles, the Tempo Traveler and Gurkha. Now, the manufacturer is entering into the premium SUV segment with Force One, their first entrant in the passenger vehicle segment. The occasion was graced with the presence of Big B Amitabh Bachchan and the Firodias.

The Force One SUV is based on the Guandong Foday Explorer III which is sold in China. In fact, it is the very same vehicle that Force Motors will manufacture in the country with minor tweaks to make it suitable under Indian conditions. Equipped with a 2.2 liter FMTech Daimler engine putting out 141 PS at 3800 rpm, and a massive 321 Nm at 1600 rpm, this beast stands at a kerb weight of 2510 kilos. 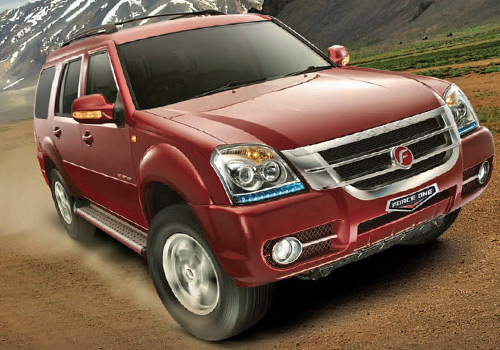 Force One has designed the SUV to be a 7-seat vehicle with 3 forward facing rows. The company claims that it has a best-in-class comfort and space. It has an on-board computer with distance to empty, real time fuel-efficiency, gear selection etc. Daytime LEDs are standard on the vehicle while the car will also boast of electrically controlled ORVMs.

The current model will powered by a 4×2 drivetrain mated to the Daimler Mercedes Benz sourced 2.5-litre diesel engine will be available at a price tag of Rs. 10.65 lakhs ex-showroom all India. A 4×4 variant will be launched in March 2012 while a ABS-EBD equipped model will be launched by December 2012. The Force One will be available in four colours – Black, White, Maroon and Blue.

- Prices is 10.65 lakhs (ex-showroom New Delhi)
- Is powered by a 2149cc diesel engine which is manufactured in India under license from Daimler
- Generates maximum power of 141 Bhp with maximum torque of 321 Nm
- Is available in only one variant for now, ABS variants will be launched in December, 2011 and 4x4 version in March, 2012
- 150 crore investment, yearly production of 12000 units
- Will compete with the likes of high-end variants of Tata Safari and Mahindra Scorpio.
- Features projector headlights and day-time running LEDs like we have seen in BMWs and Audis
- Features driver information system, audio control mounted on steering, dual AC vents for each row
- Along with these the SUV will also have OSRVM side indicators and plush leather seats
- No ABS and Airbags even in the top variant
- The ride and handling will have suspension that has been fine-tuned by Lotus Engineering with sixteen-inch  alloy wheels along with high ground clearance
- FMTech stands for Force Motors Technology, and the Power Train is made under license from Daimler
- Available in 2 options - 6 seater (5+D) and 7 seater (6+D)
- ARAI certified mileage of the Force One is 11.6 kilometres per litre
- Top speed is 160 kph
- Available in five shades: Intense White, Enphatic Grey, Robust Blue, Bold Black and Fierce Red 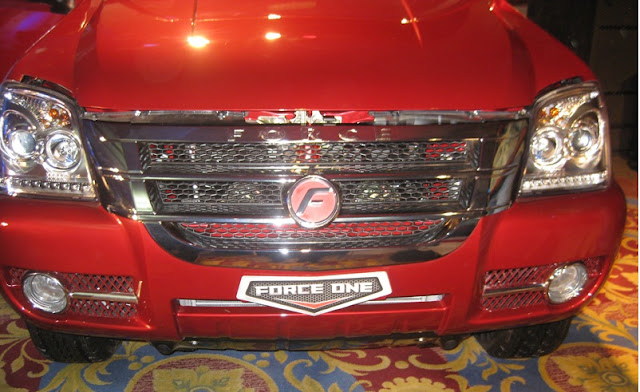 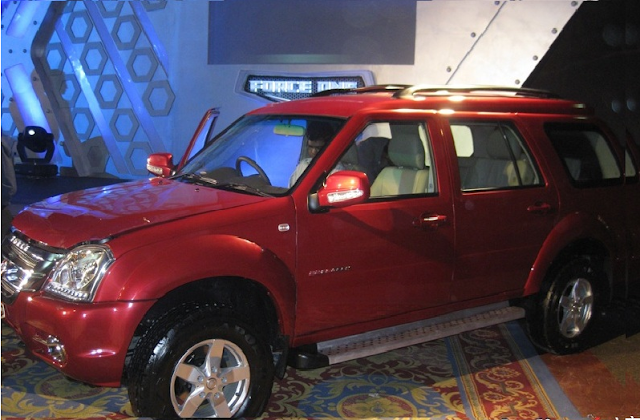 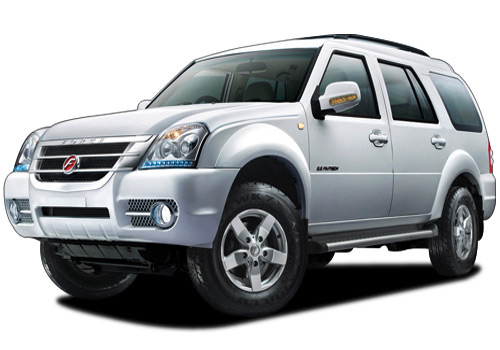 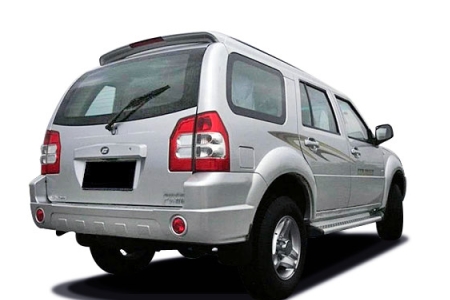 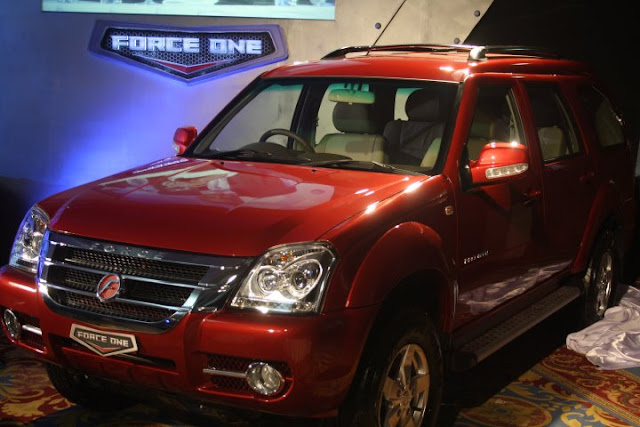 Design and Interiors of Force Motors Force One 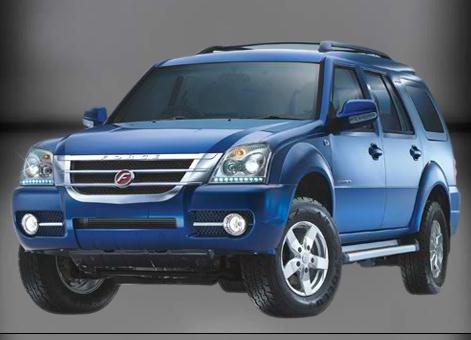 The overall design of Force One feels a bit out- dated, and many styling cues have been copied from Endeavour when viewed from side, and it is an improved version of chinese SUV Foday Explorer. The front-end of Force One is impressive featuring huge chrome grille with all-new red Force Motors logo. It features projector-type head lights with day-time running LED lights, which give the SUV a modern touch. The huge wheel arches looks macho and five spoke alloy wheels gels very well with the overall stance of the Force One. The rear design of Force One is not very impressive, the spare tyre in not mounted on the tail- gate. It is tucked below the vehicle. 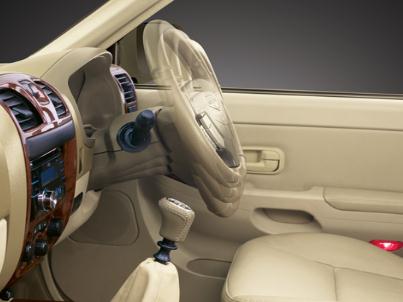 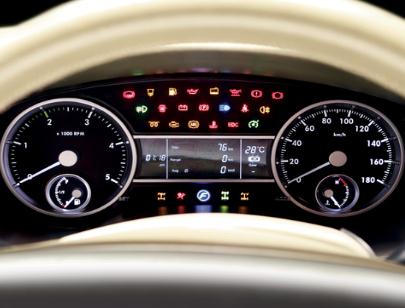 The interiors have all-beige theme with leather cladded steering wheel and leather upholstery for the seats. Force One features steering mounted audio controls, and it is dominated by Force One logo in the centre. It features double DIN music system and cheap wood-finish on the central console with very out-date design for the AC vents. The 3rd row of seats has very less legroom, and they are comfortable only for kids. There are two seating options in Force One - 6 seater (5+D) and 7 seater (6+D). The 6 seater variant features comfortable captain seats in 2nd row. Overall, the interiors of Force One have nothing new or outstanding to talk about. 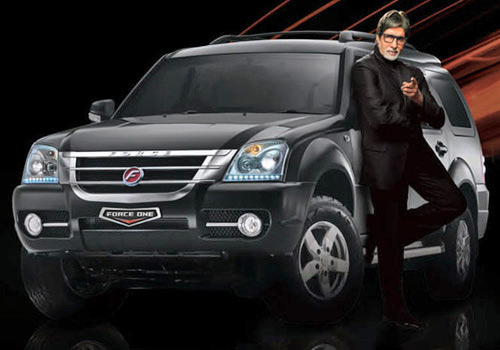 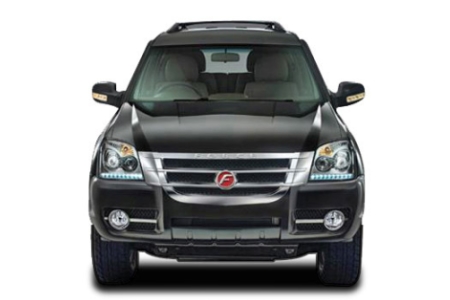 Variants of Force Motors Force One

Price of Force Motors Force One

- Delhi - Rs 10,65,000 (Ex-showroom)
- Mumbai - Rs 11,11,000 (Ex-showroom price)
Force Motors has priced the SUV very competitively at Rs. 10.65 lakhs (ex-showroom Delhi) and Rs. 11.11 lakhs (ex-showroom Mumbai), but at this price point Scorpio and Safari are much better options because the build quality of Force One is not up to the mark, it is based on chinese SUV Foday Explorer. Also, Force One has no ABS, airbags and the 3rd row of seats is comfortable only for kids. 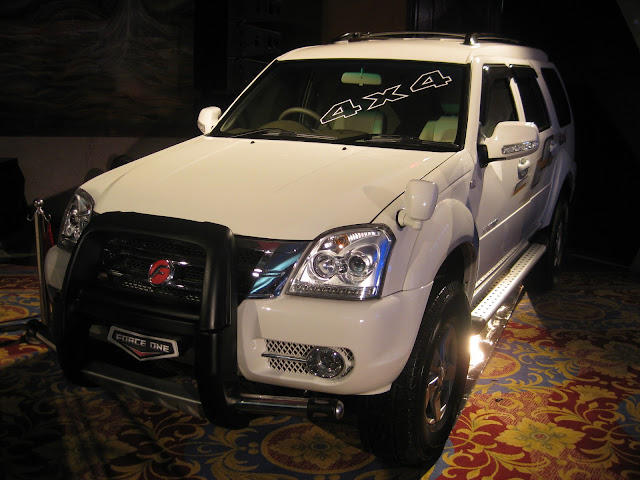