The record is impressive as test driver Brian Smith started from rest, broke the record and stopped on a 5.1-kilometre stretch of tarmac rather than using a high-speed oval to give the car a running start.
Amazingly, the 1,244-horsepower Venom GT was still accelerating even as it reached 270 mph, but the length of the runway limited how far the coupe could be pushed. Driver Brian Smith only had about 2.6 miles to complete his run because it took nearly a kilometer (0.62 miles) to slow the car to 70 mph. “If we could run on an 8-mile (12.8km) oval we could go faster than that,” Smith said.
The GPS data showed the Venom GT took just 10.1 seconds to accelerate from 260 to 270 mph. The historic run took 2.4 miles to achieve, allowing the Venom just eight-tenths of a mile to stop.
“Thankfully, its Brembo carbon-ceramic brakes were able to haul the car down from 270 mph well before the end of the runway’s 1,000-foot threshold,” the Hennessey team said.

However, Bugatti will retain its place in the Guinness book of records, the report said.
The independently verified Hennessey speed will not go into the book as the Venom could only be driven one way on the NASA landing strip.
The book requires cars to make runs in two directions to account for variables, including gradients and wind direction.
There are only 11 Hennessey Venom GTs in existence, making the car ineligible for Guinness "fastest production car” prize. But it got the record of world fastest production car for speed from 0-300km/hr.

record of world fastest production car for speed from 0-300km/hr.


Read Better at - The Story of Hennessey Venom GT

The Story of Hennessey Venom GT

In 2007, Road & Track Magazine invited Hennessey Performance to participate in a shootout between some of the world’s fastest supercars. The contest? Find out which car could accelerate from 0 to 200 mph in the shortest amount of time. Some of the heavyweights competing where the Mercedes McLaren SLR, Lamborghini Murciellago, Ruf Porsche 911 Twin Turbo and the 1001 bhp all-wheel drive Bugatti Veyron 16.4.For our entry, the Hennessey team brought the company’s latest Venom 1000 Twin Turbo Viper. Several runs were made by each car on the 2.9 mile long runway at Lemoore Naval Air Station in central California. At the end of the day, the Hennessey Venom 1000 Viper was crowned king of the ROAD & TRACK “Speed Kings” shootout by posting the quickest time of the day by running 0 to 200 mph in an astonishing 20.3 seconds. By comparison, the 2nd place Bugatti Veyron 16.4 was nearly 4 seconds behind the Venom with a time of 24.2 seconds. 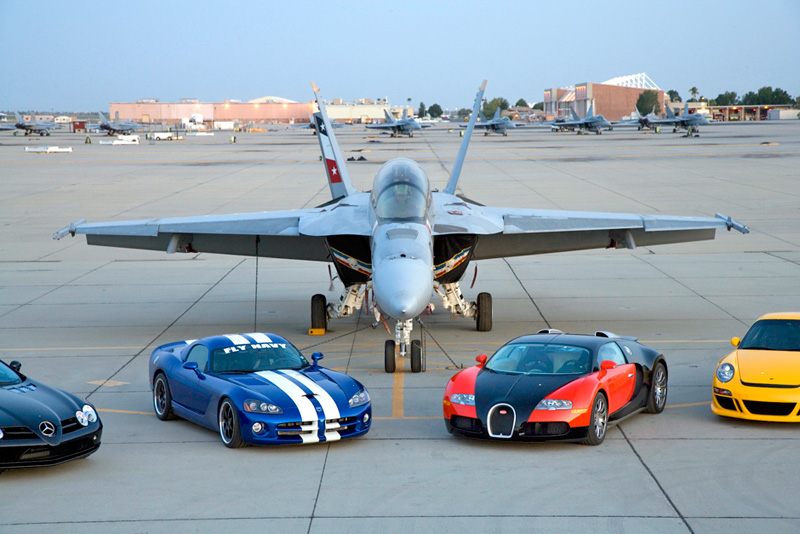 “At the end of the Road & Track test, we were very pleased with the results and the Venom taking first place over the Veyron”, says John Hennessey. “As far as I am aware, we have the only car that has ever beaten a Veyron in an independent, head to head test of vehicle performance. While we were quite happy with that accomplishment, it did not take long for me to begin thinking about what could we do to improve the performance of our car.”
He continues, “I thought that we could possibly add a bit more power but had concerns about being able to put that power to the ground via the Viper front-engine rear-wheel drive platform. My next thought was to reduce weight… try to lighten the Viper from 3500 lbs to under 3000 lbs. But that would not be reality as the car could only shed about 200 lbs while still being a true street car with a full interior, AC, etc. So I started thinking about lighter alternative vehicles that could be modified to 1000+ hp and that could put the power to the ground. All-wheel drive went against the grain of light weight due to the added drive-line components.”
“One day I joked about putting the Venom 1000 Twin Turbo engine in the back of a Lotus Exige. Then I thought, let’s do a sketch and see what that might look like. When I saw the sketch I stopped laughing and really started to seriously think about this idea. We then had a few more detailed renderings made. And when I saw these drawings, I thought to myself, we can build this car with 1000+ hp and a weight well under 3000 lbs. A mid-engine design like the Ford GT will put the weight of the motor and transmission over the rear tires giving better traction. Design as much down-force as we will need to have a car that handles like a kart on the road or race track. At the same time also have a car with the best power to weight ratio possible giving unmatched acceleration. This is how the Venom GT concept was born.”

The Bugatti Veyron is, by every measure, the world's most extreme production road car. It's the quickest to 60, was the highest top speed, and can absolutely dominate a track untill Hennessey Venom GT 2013.
The original Veyron claimed 1,001 horsepower, which in itself was a major technical achievement. Its engine, boasting 16 cylinders, was essentially formed by joining two V8 engines at the crank.
The W16 powerplant displaces 8.0-liters and features ten radiators for everything from the engine cooling systems to the air conditioner.
The standard Bugatti Veyron 16.4 Coupe ran a cool $1.3 million and could reach a top speed of 253 mph - a speed it can maintain for 12 minutes before all the fuel is gone. Power is transmitted to the pavement via four-wheel-drive and a seven-speed dual-clutch automated manual transmission.
The car could hit 60 mph in just 2.5 seconds, 100 mph in 5.5 seconds, and 150 mph in 9.8 seconds. Getting to 200 mph took 18.3 seconds, and 250 mph takes 42.3 seconds.

Bugatti Veyron 16.4 Grand Sport Vitesse is born
Bugatti has ceased production of the original coupe version of the Veyron, but continues to churn out limited edition open-air Veyron models. The latest such example, the Veyron 16.4 Grand Sport Vitesse, boasts an enormous 1,200 horsepower and 1,106 lb-ft of torque.
Bugatti managed to bump the Vitesse to 1,200 horsepower by fitting the convertible with four enlarged turbochargers and intercoolers. Due to the car's open roof, additional chassis supports had to be added to the Vitesse to handle the added power, so the car's top speed will likely fall just short of the Super Sport's 267 mph top end.